Back in the day, cellphones were strictly an adult thing. Kids weren’t usually allowed to have them, and what for? Phones used to be a means of communication and nothing more. Sure, they had the occasional game, but that was about it. In modern times, however, kids have smartphones, and they get them at an early age. Parents these days have a hard time getting their kids to text them back. That’s why Nick Herbert, a parent from the UK, decided to do something about it – and of course, he made an app! 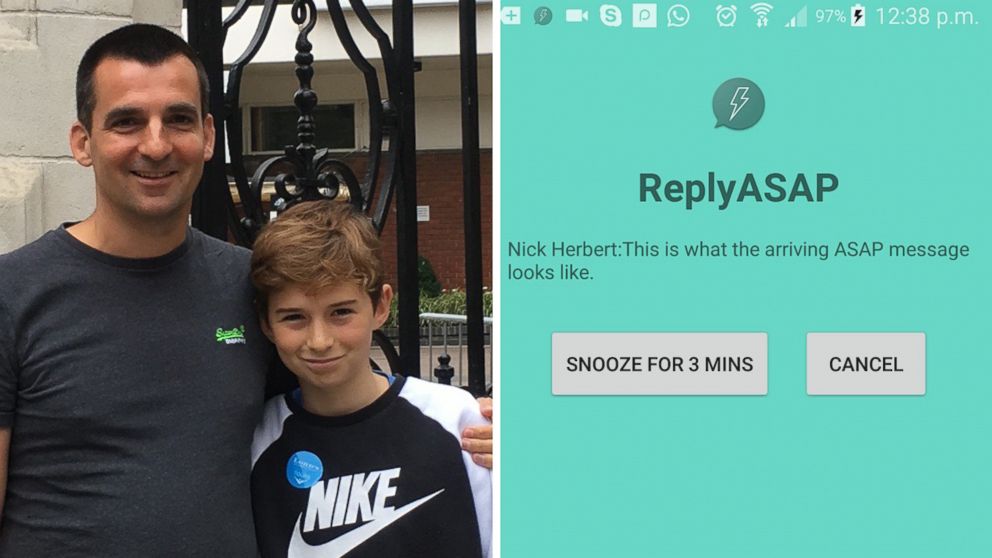 When Nick bought his son a phone so they can stay connected, he didn’t realize the phone came with a lot more than just communication. His son could, all of a sudden, play games and ignore messages. Many times, the phone would be on silent mode, and the boy wouldn’t even know his dad was calling. Nick took matters into his own hands and created RespondASAP.

How the App Works

The idea is for parents to be able to track their kids while they are on their phones by making them respond to messages before being able to continue to use their phones. Parents can schedule or send a message to their child. Even when their phone is currently in silent mode, the message will be audible and will continue to make a noise until the recipient stops it. Once the message is sent, the parent can see what’s on the screen of their child’s phone, and they can even get the location of the phone. When the kid texts back, the screen is unlocked, and they can proceed to do whatever it was they were doing.

It Goes Both Ways

Just as parents can text their kids, kids can also do the same, so there is a mutual opportunity for communication. Wouldn’t you want to get RespondASAP for your kid, too?

The bond between fathers and daughters is irreplaceable. There's nothing nicer than watching a dad ...

The world is continuing to mourn Kobe Bryant after his tragic helicopter accident on January 26th, ...