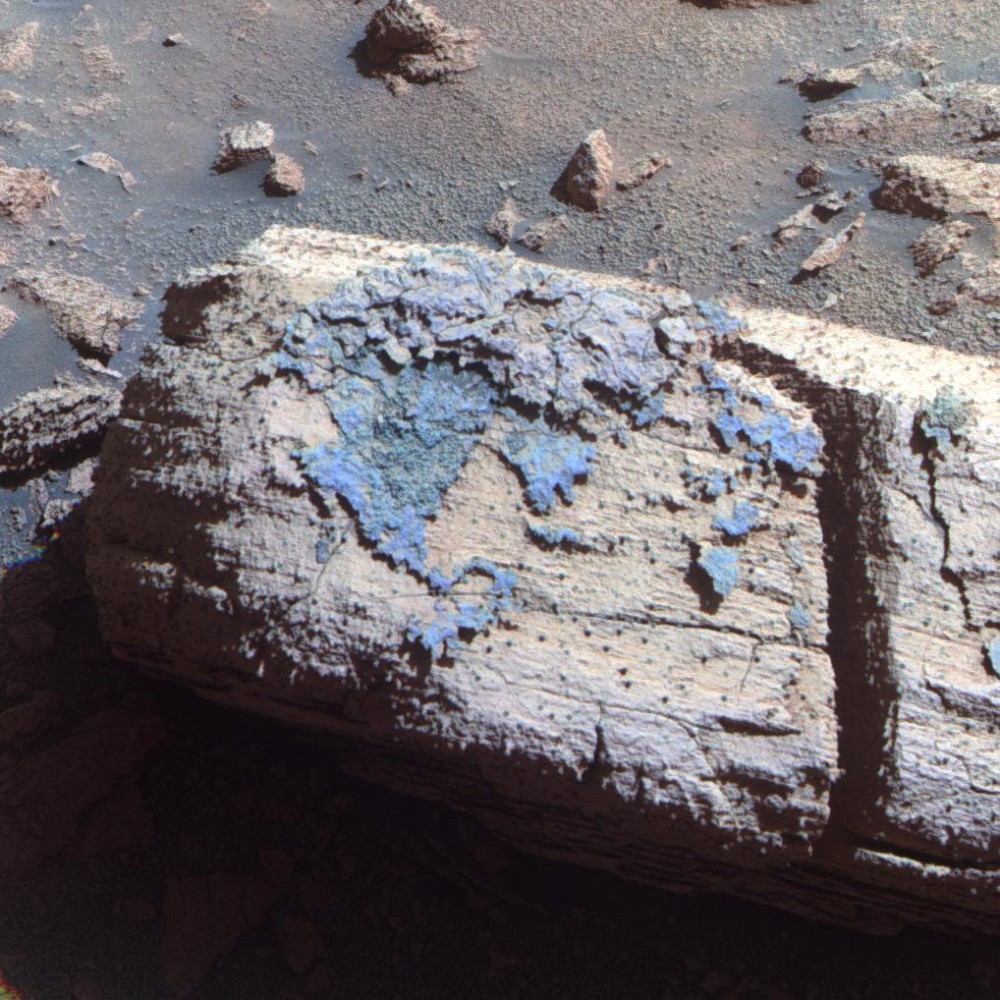 Planet Mars is already bright with its ruddy hue, caused by the red dust on its surface. But recently, NASA’s robotic geologist named Perseverance rover has spotted patches of purple among the rusty shades, at nearly every site.

Geologist Ann Ollila from Los Alamos National Laboratory has presented an early analysis of the newly found coatings in Mars at a recent American Geophysical Union (AGU) conference. There she showed that, the color has formed a smooth thin coating on some Martian stones, while leaving paint-like blobs on others. The painted rocks look like being partially frosted in magenta-colored icing. The pops of purple have touched rocks of different sizes and shapes, starting from tiny pebbles to boulder-like blocks. 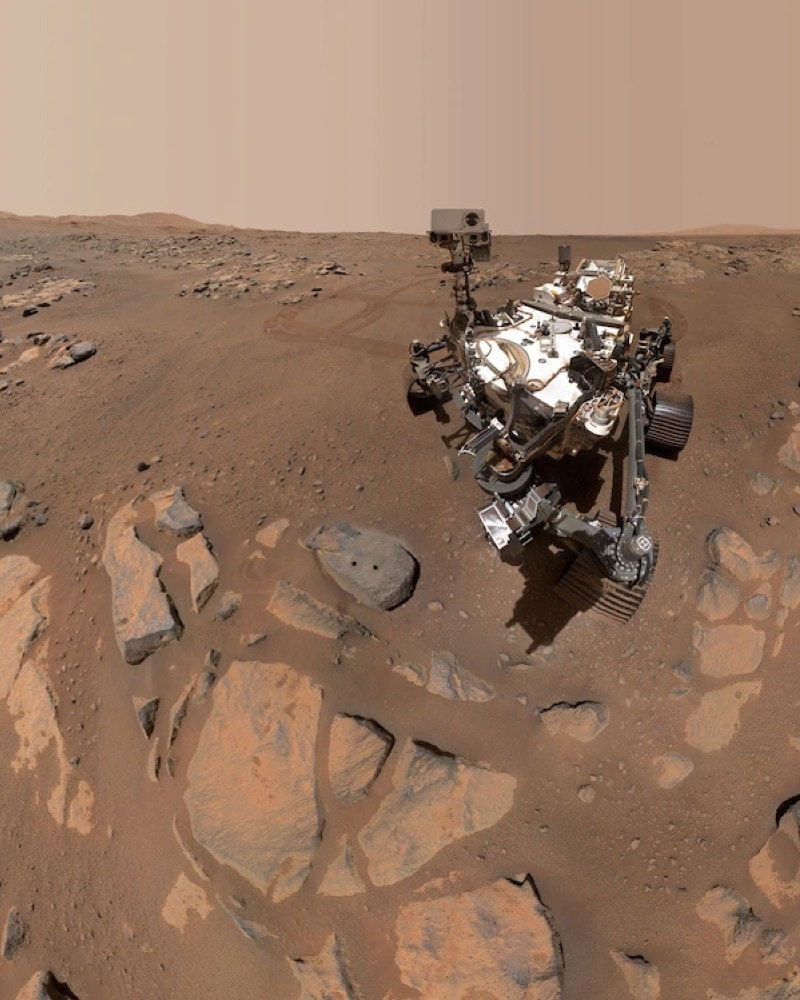 The purple-toned coatings have been found in the Jezero crater of Mars. This crater is a 28-mile wide pit created billions of years ago by a meteorite blast impact. In February 2021, NASA’s Perseverance landed in that crater and has been roaming across it since then. At almost every site along the rover’s route, patches of purple have popped up in its images, which haven’t been seen with past rover missions on Mars.

The scientists are obviously eager to know more, especially about the cause behind the creation of these mysterious purple swatches on Mars. And they have hinted that the origin of these splotches can help in revealing significant clues about the past of the planet, including the possibility of hosting any ancient life. The mineral and chemical formation of the coatings can hold encoded information about the surrounding conditions. Such information will help scientists reconstruct past environments, which can lead to direct evidence of life. On our Earth, many similar stony coatings have been found, which have revealed the identity of the microbes responsible for crafting those crusts. That’s why anticipation is now mounting among the scientists, busy in analyzing the Martian mystery patches.

Being one of the most successful entrepreneurs of our century doesn’t sound like an easy job. If ...

The Fellowship Launches Men’s Grooming Brand with a Simple Design

The Fellowship, a new men's grooming brand, has debuted on the market, offering a range of skin, ...

7 DIY Projects That You Can Complete With Your Whole Family

Getting your children involved in DIY projects at an early age can help them gain skills and ...