If you don’t already know, nerf blasters are a kid favorite: toy guns that fire foam darts, discs or foam balls. While this is used as a blanket term to describe any foam gun, the original line is made by Hasbro, Inc. 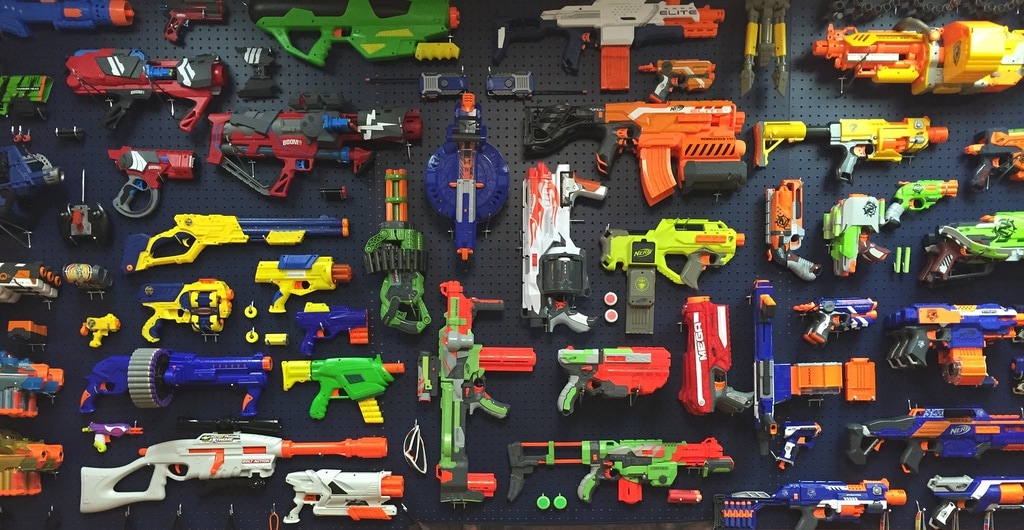 Nerf has 17 lines available on the market today. Most of the lines have several models available that have been changing over the years.

All the Nerf Lines:

However, there are cross-promotional models that have been released during the years, themed around Star Wars, Marvel, Transformers, Fortnite, G.I Joe, and others.

The Best Nerf Guns to Buy 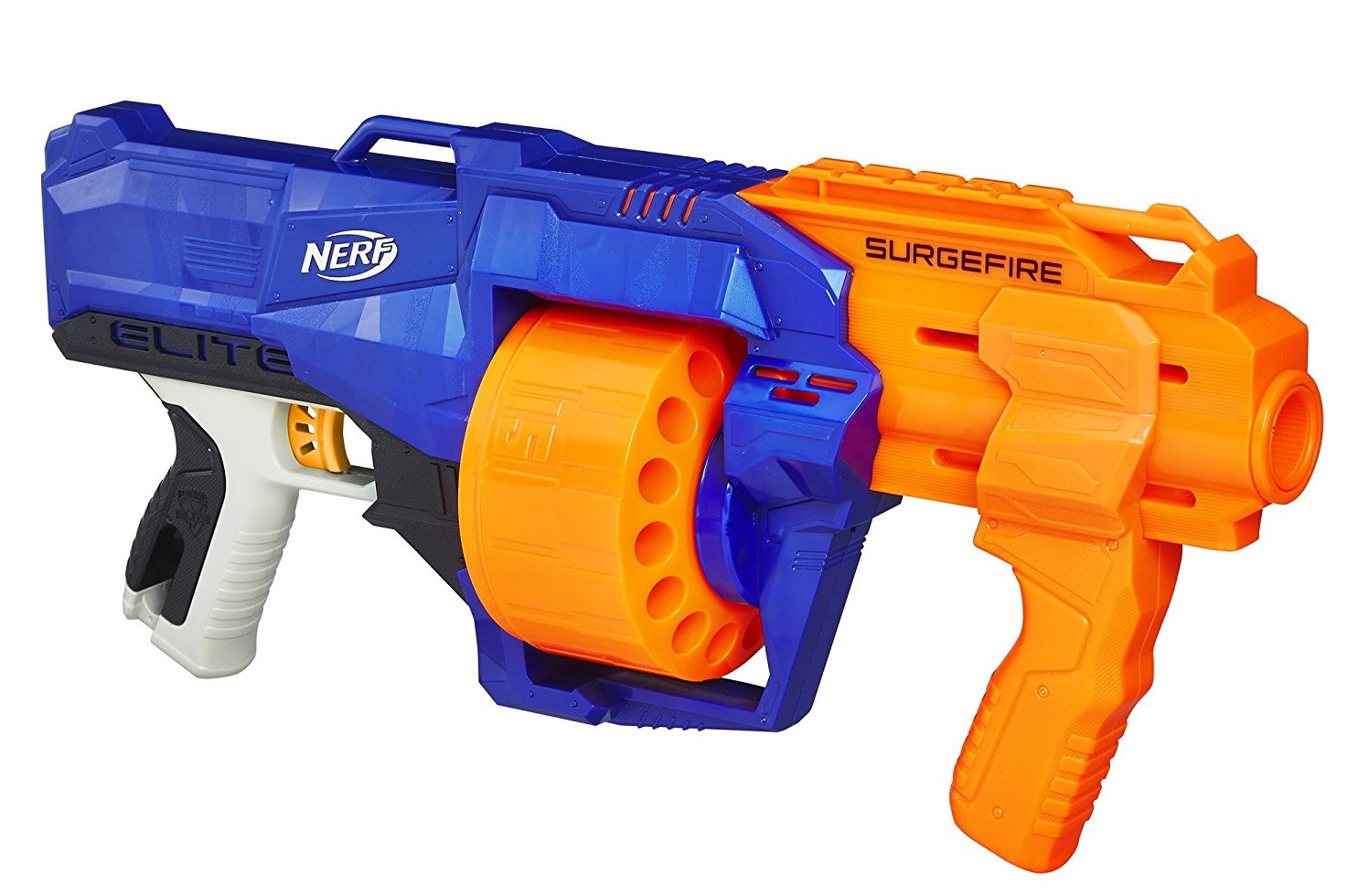 This blaster packs 15 darts in one punch with a firing range of 90 feet. While it’s not the most powerful Nerf gun, it can fire one round at a time when accuracy is required, or spray all the 15 darts at multiple targets. 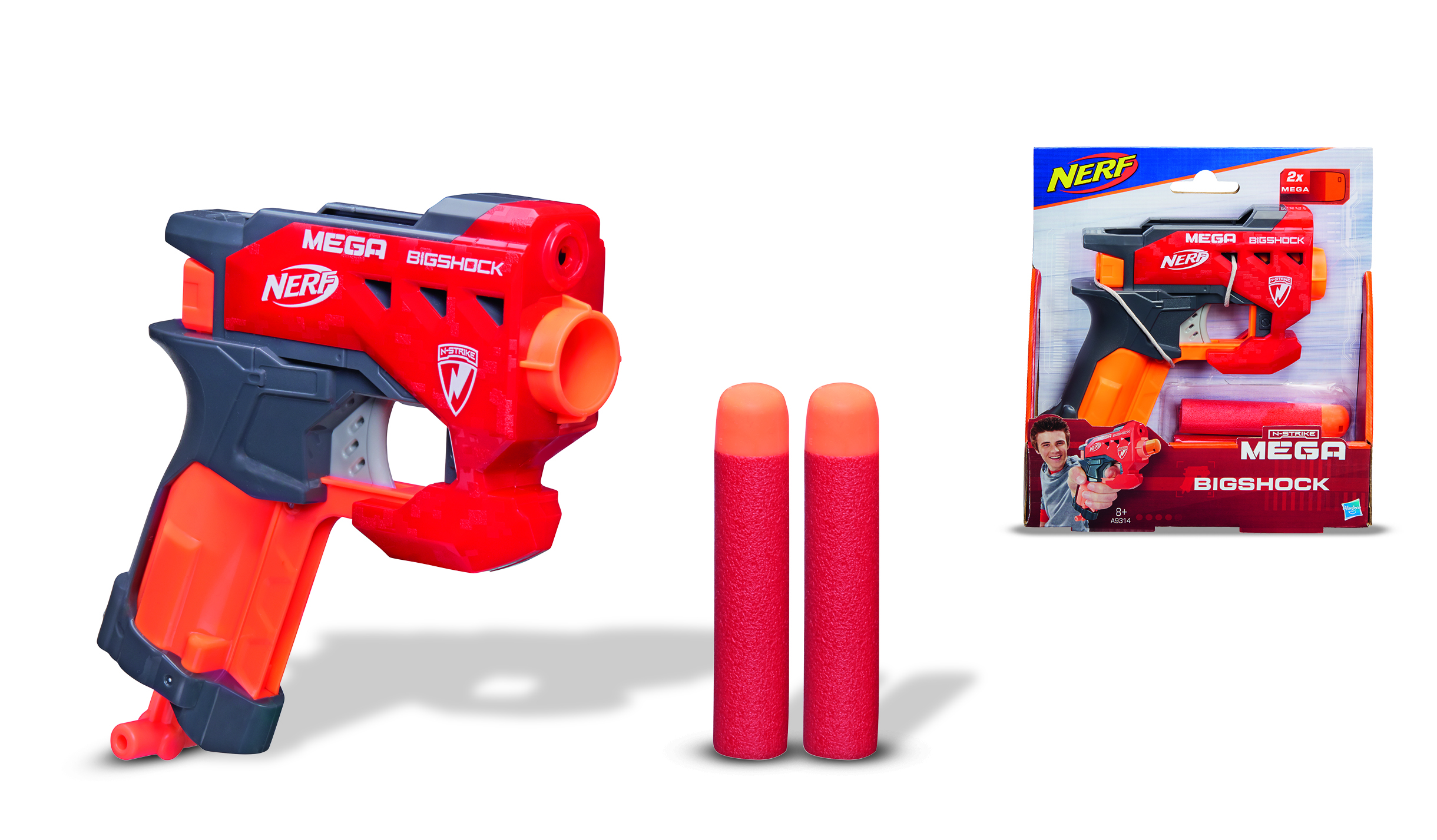 Easy to hold in one hand, this blaster fires Mega Whistler Darts that whistle as they fly. The benefits of this gun are its low price and the big darts it fires, which are harder to lose.

One of the biggest and most powerful weapons in the Nerf armory, this mega-blaster is powered by batteries and can rapidly fire up to 24 darts at a time, which can travel up to 75 feet. It might be too heavy for some children, but it comes with a shoulder strap.

A classic gun offering a range of firing options, from single shots and fire bursts to continuous fire, spraying darts from one of two 12-dart clips. The blaster is motorized and requires batteries, which means faster shorts. The most significant benefit that this Nerf gun comes with is the number of attachments, meaning your child can customize the gun of its liking. 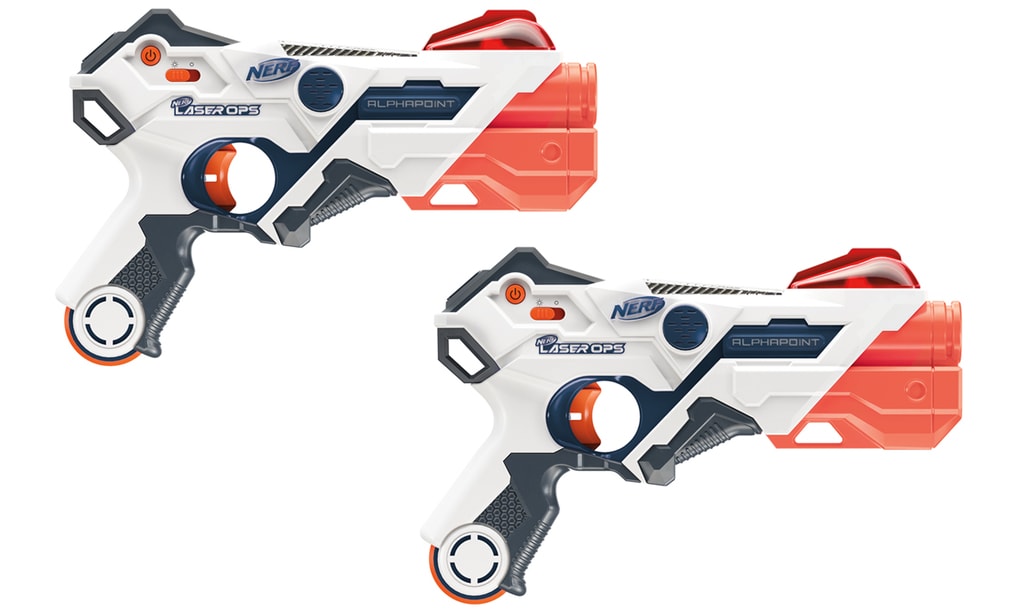 Unlike older Nerf blasters, the Laser Ops fire laser beams at the impressive 225 feet. The pack comes with two guns, so a 1:1 battle can start right after unpacking.

Four Great Ways to Teach Kids How to Become an Entrepreneur

Whether it is a lemonade stand, mowing lawns, or even — nowadays — developing a new app, there are ...

The first recognizable photos taken by the James Webb Space Telescope (JWST) have been published by ...

Whether it's Father's Day, a birthday, Valentine's Day or some other special occasion, dads are ...