Parents are ready to do anything for their children, and the heartwarming deed a Canadian dad did for his son, shows it perfectly. Derek Prue Sr. lives in Alberta with his wife Shanel and son Derek Prue Jr. recently helped this young boy with an unsolvable confidence issue. Derek Jr. who has a birthmark that covers a big portion of his chest was refusing to go swimming without having a shirt on, so his father decided to get a tattoo that is an exact match of the mark. 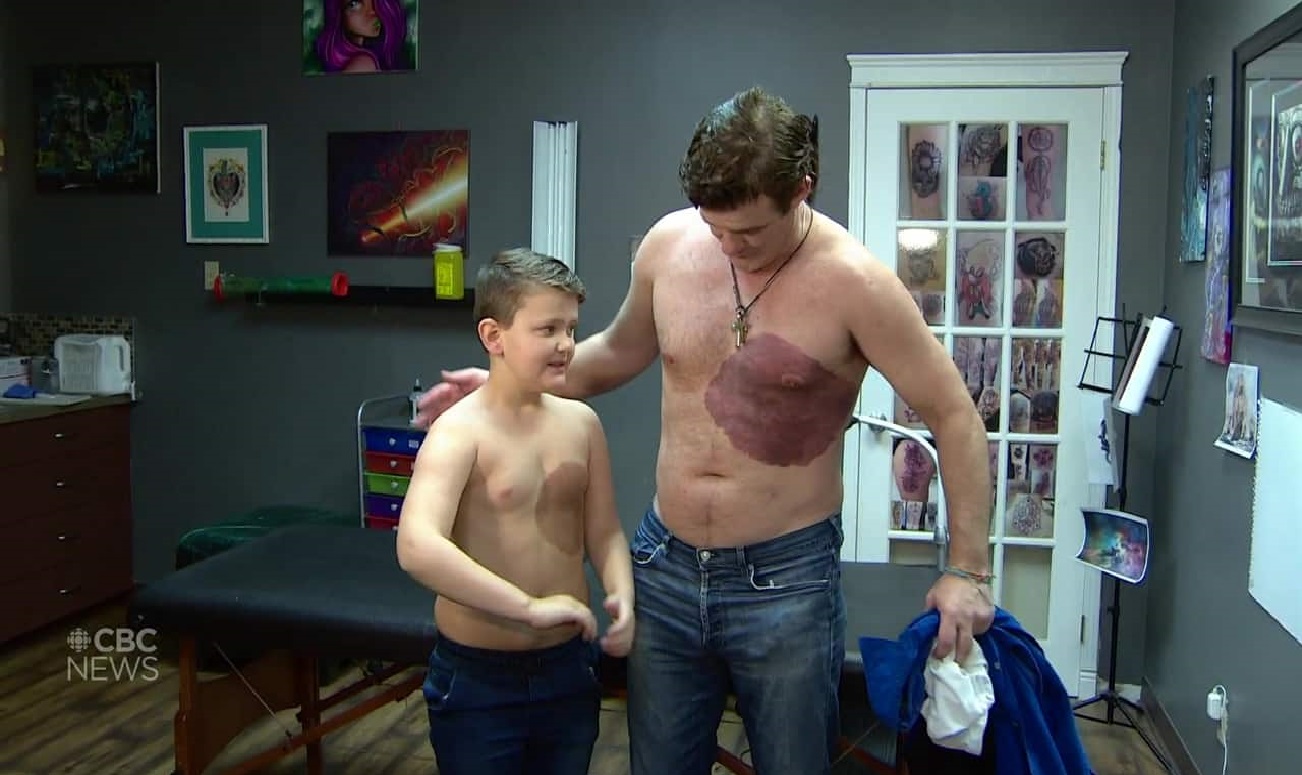 Derek Sr. went above and beyond in his efforts to get a tattoo that matches the birthmark of his eight-year-old son. The thoughtful dad turned to the artists at Juicy Quill Tattoo in Alberta and explained the situation. The owner, Tony Gibert, was quick to accept the challenge, and once the tattoo was ready, he said he felt glad that he got to help encourage Derek.

Gibert shared with the media that he believes it is an amazing thing for a father to be able to help his son like that. He also added that few people have the opportunity to actually change the way their kids feel about themselves and was happy to have been a part of the process. The tattoo took around thirty hours in total to complete, spread over the span of approximately eight weeks.

Prue Sr. Did Not Expect Getting the Birthmark Tattoo Would Take That Long 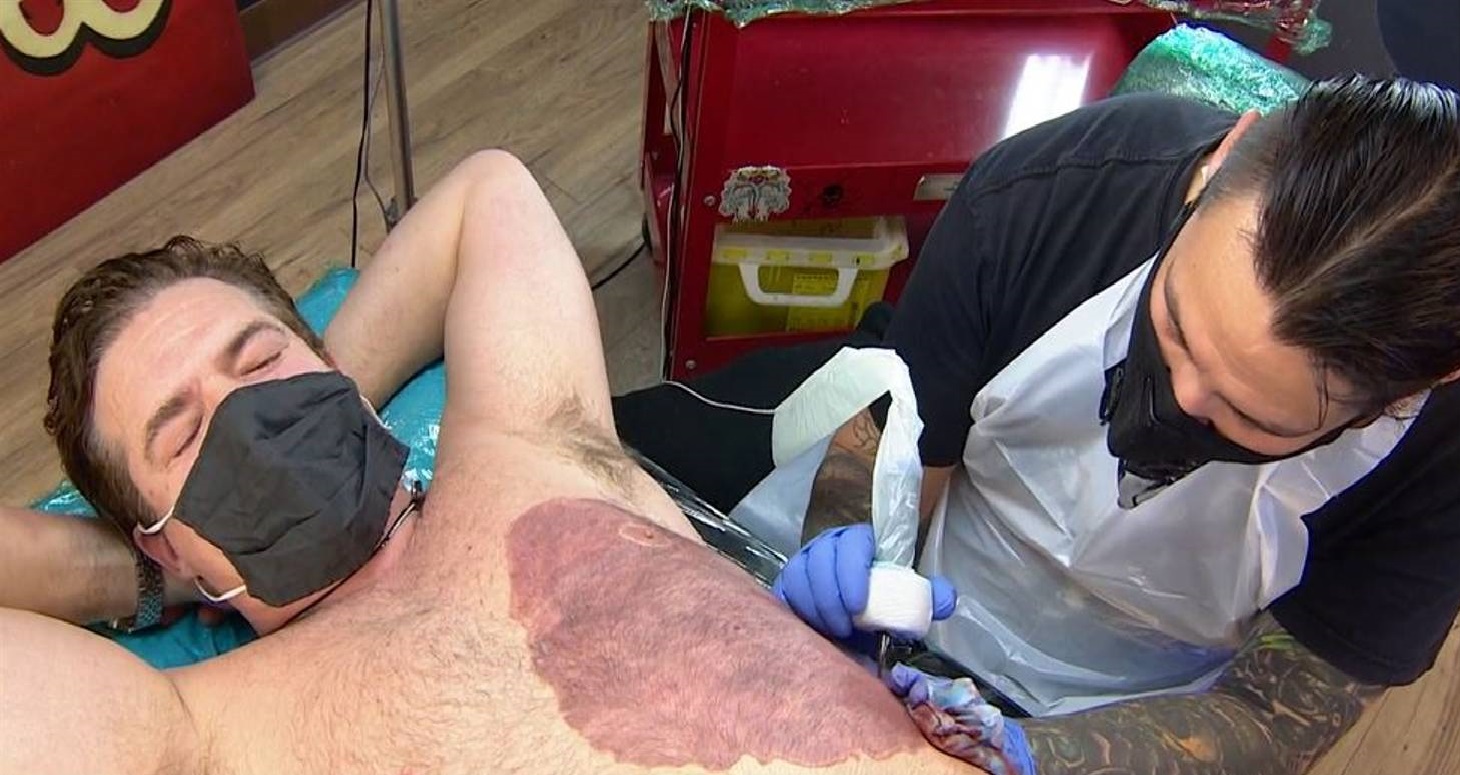 Gibert said Prue went through the wringer sitting through the quite painful process of getting a tattoo as large as a birthmark. Even though Prue initially expected everything would be ready in just a few hours, he was still up to the challenge and powered through. He even said to the media that it felt good to do it and felt glad he did not know how long it would take.

Now with a tattoo matching the birthmark of his son, Prue looks forward to taking him to the pool. After showing the tattoo to her son, the mother, Shanel Prue, asked him if he would go swimming without a shirt on, and he said that whenever his dad is there, he can take the shirt off. For Prue Sr., the long hours and pain were all worth it.

DIY Projects That Will Entertain Kids and Parents Alike

The holiday season means getting to spend a lot of time indoors with the family. After several days ...

How a Family Email Can Be a Valuable Parenting Life Hack

It’s important to start off by saying that getting a family email isn’t in the same line as couples ...

It’s no secret that products powered by marine plants hold a great number of benefits for our ...